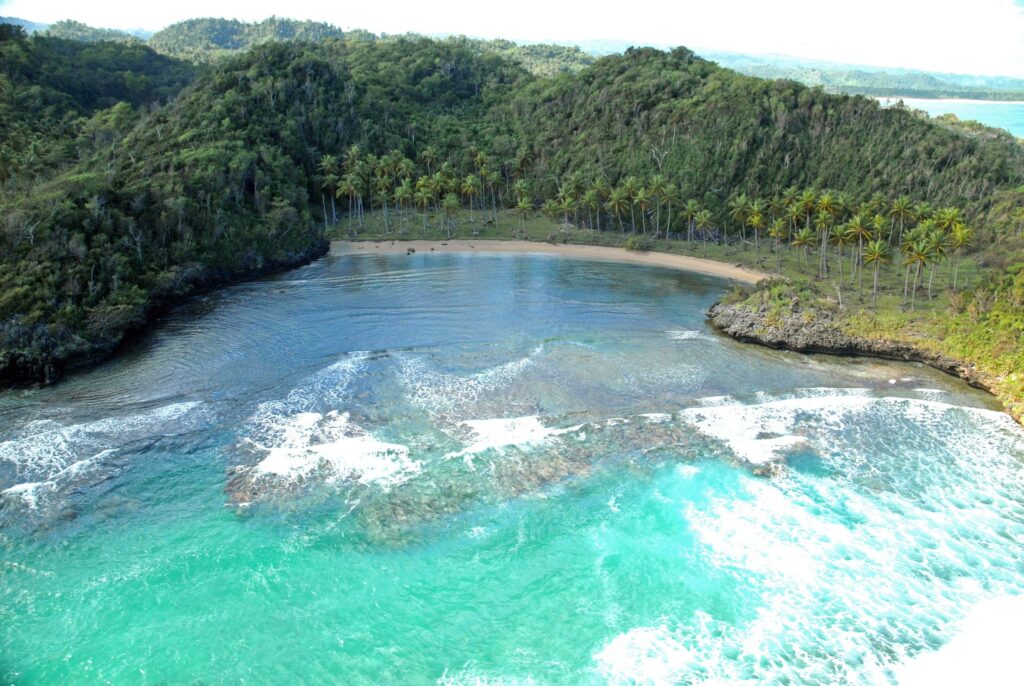 Few visitors make it to the pristine, brilliant white shores of Playa El Limón–visible from the equally uncrowded, adjacent Playa Morón, once a stronghold of the pirates that roamed the seas of Samaná. Make the effort to reach Playa El Limón, and you’ll enjoy one of the peninsula’s quietest stretches. For more adventure, hop on […] 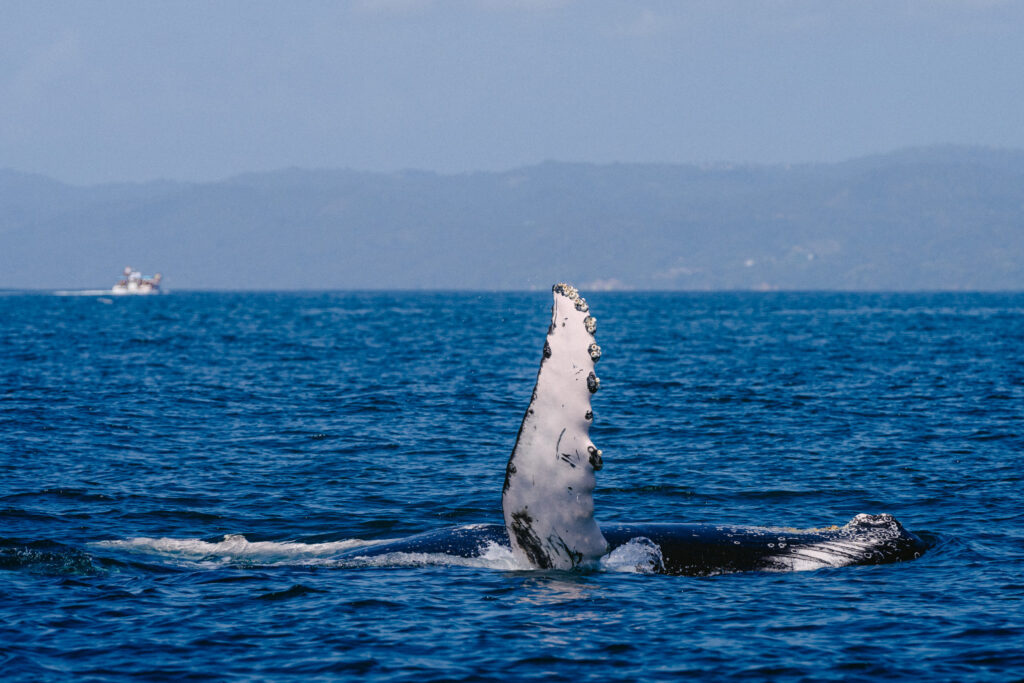 Thousands of visitors flock to Samaná every year for its chief seasonal attraction: the equally large number of humpback whales that return to court, mate, and birth in the Atlantic waters off Samaná Bay–an area officially declared a Marine Mammal Sanctuary in 1986. Whale watching season runs from January 15 to March 30, with boat […] 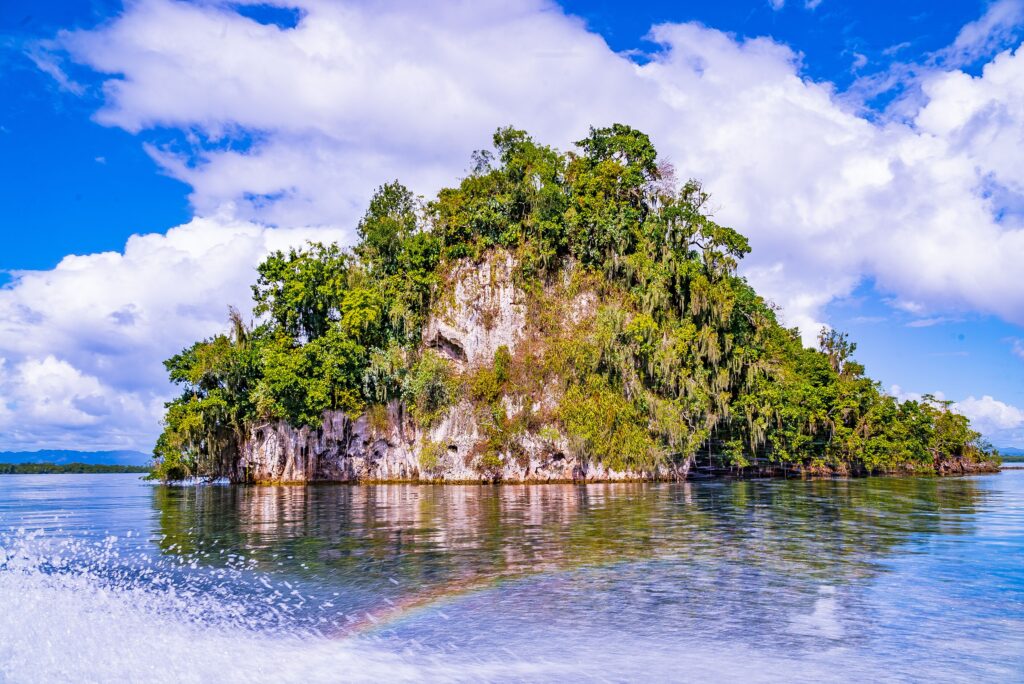 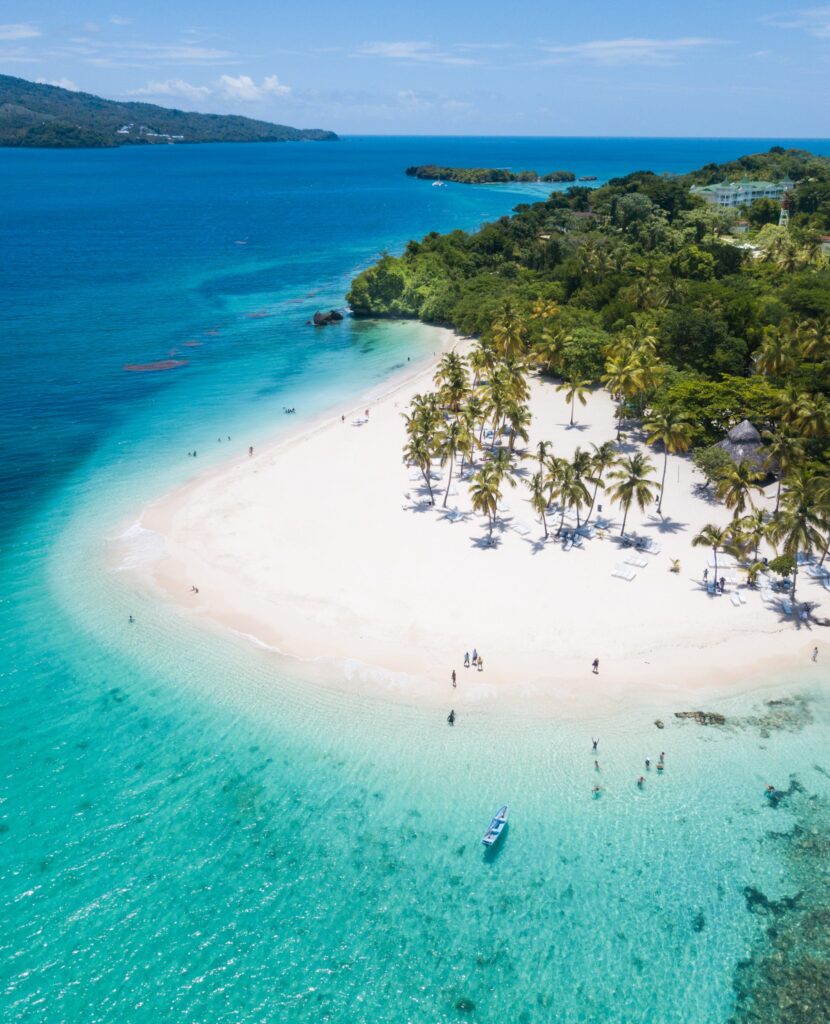 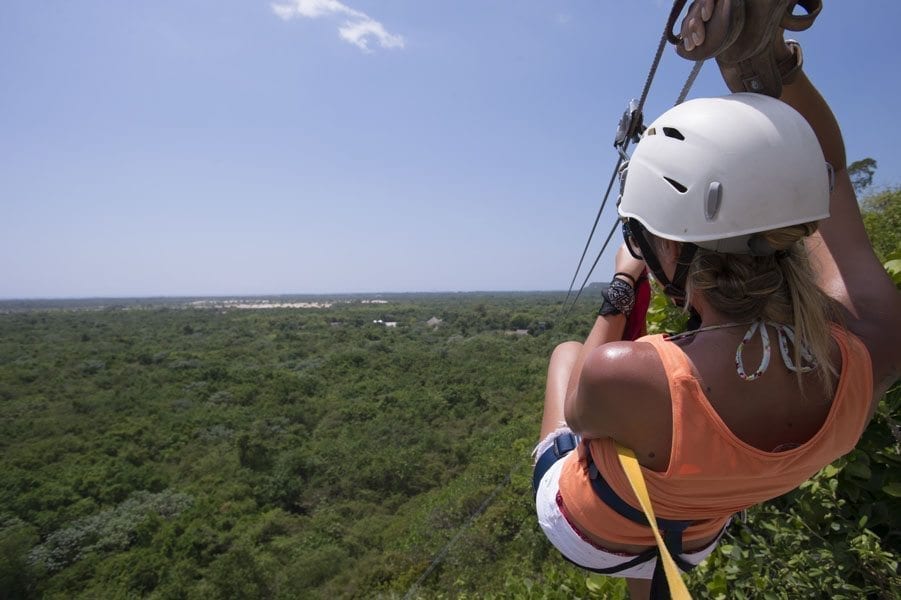 Set up within the grounds of Paraíso Caño Hondo resort, just a 20-minute drive east from the town of Sánchez, this course offers the unique opportunity to zipline inside the protected Los Haitises National Park. You’ll glide over the emerald pools of the Jibales River gushing through the resort, and over more of the park’s […] 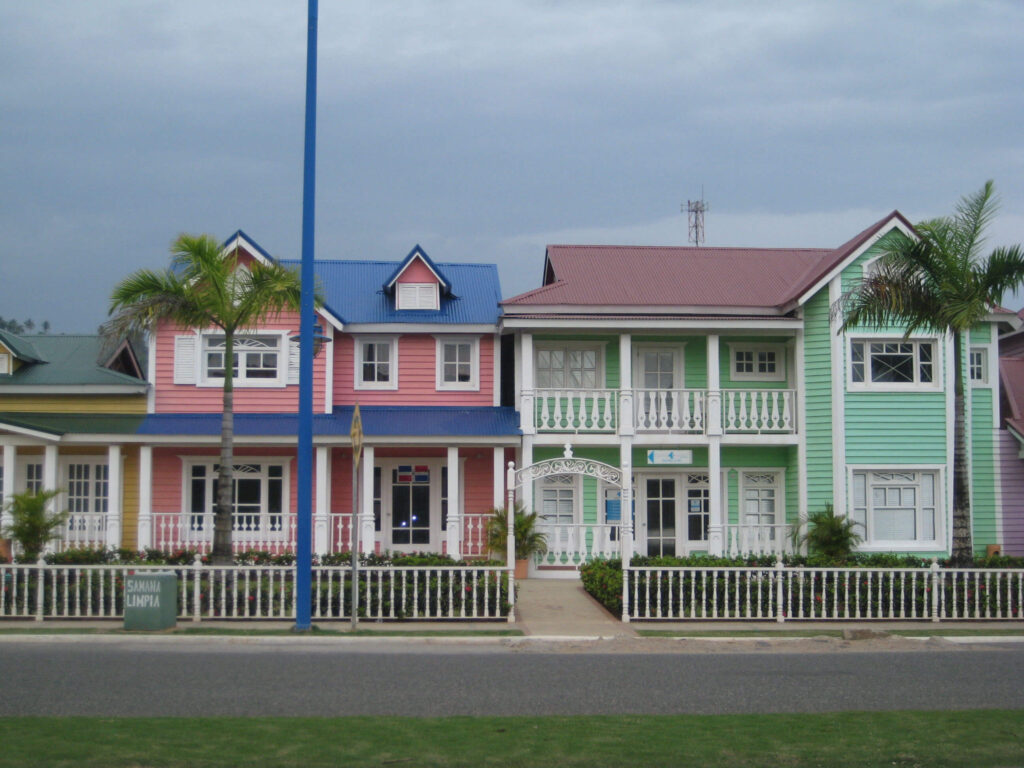 Smack in the heart of Las Terrenas, Pueblo de los Pescadores was originally the main landing site for the area’s fishermen. Over time, this beachfront evolved into a hub of seafront entertainment with its colorful row of trendy restaurants and bars. Relax on outdoor lounge decks, directly on the beach, and enjoy your meals al […] 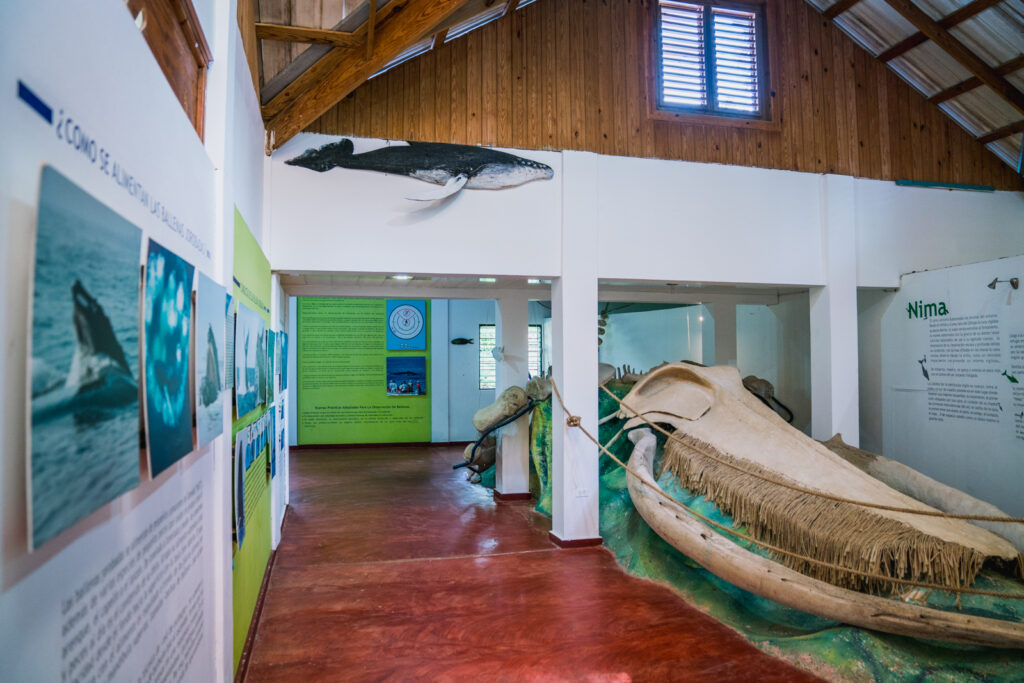 When you can’t make it to the Samaná Peninsula for the mid-January to March whale-watching season, the Whale Museum, located in the town of Santa Bárbara de Samaná, can fill in the details on the giant sea mammals of visiting Samaná Bay every year to mate and birth. You’ll learn why the Dominican Republic’s northeastern […]

The most visited and developed section of Samaná, Las Terrenas is the perfect blend of a dreamy beach village and a cosmopolitan town. Its waterfront boasts multiple stunning beaches, as well as a variety of small hotels, international bistros, apparel and arts and crafts boutiques, local restaurants, and lively bars. While the white sand beaches […] 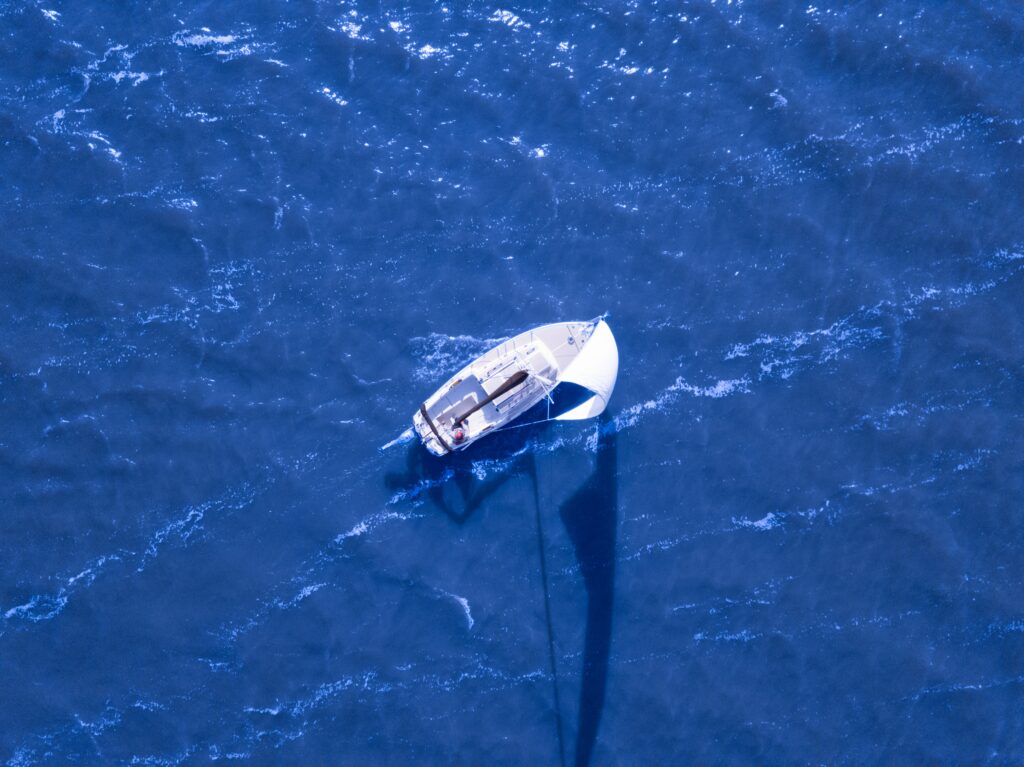 This remote fishing village sitting on the northeastern tip of the Samaná Peninsula is also home to a handful of the DR’s most beautiful beaches, including the world-ranked Playa Rincón. Daytime crowds flock here to hop on a boat excursion to Playa Rincón, Playa Madama, and Playa Frontón–white sand stretches lining a striking, rocky Atlantic […]