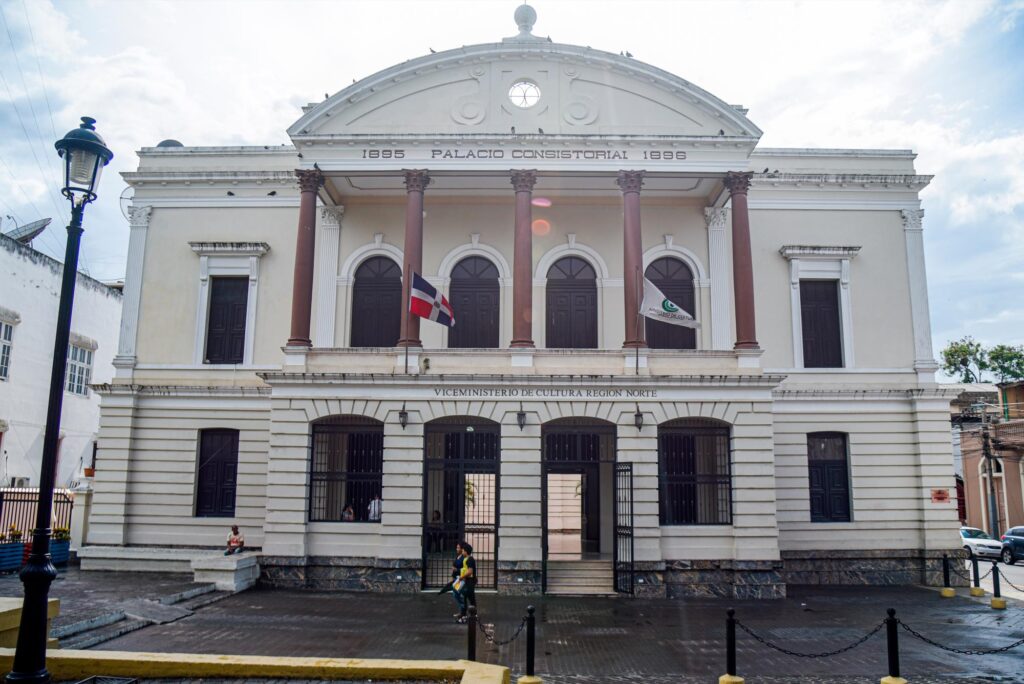 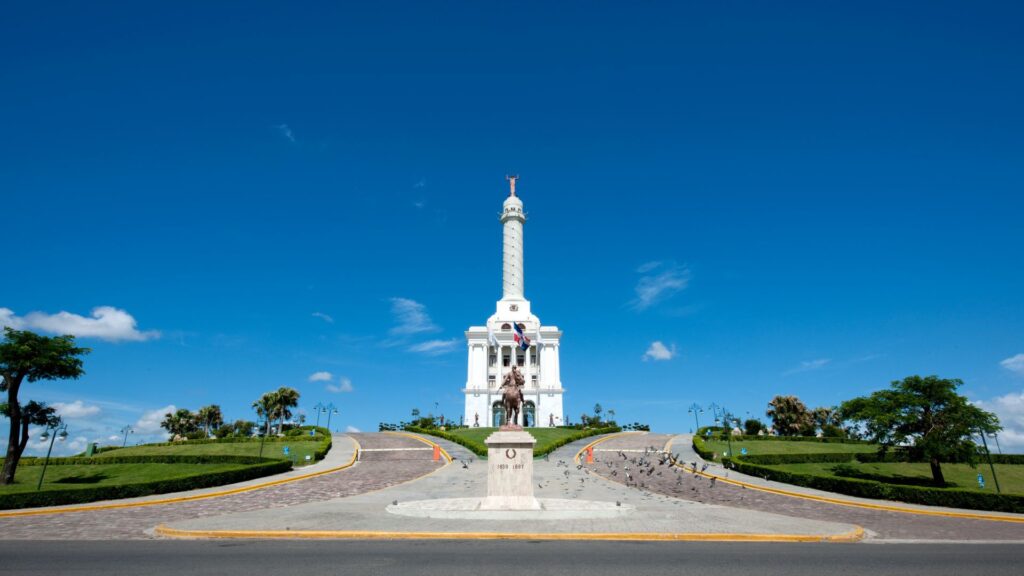 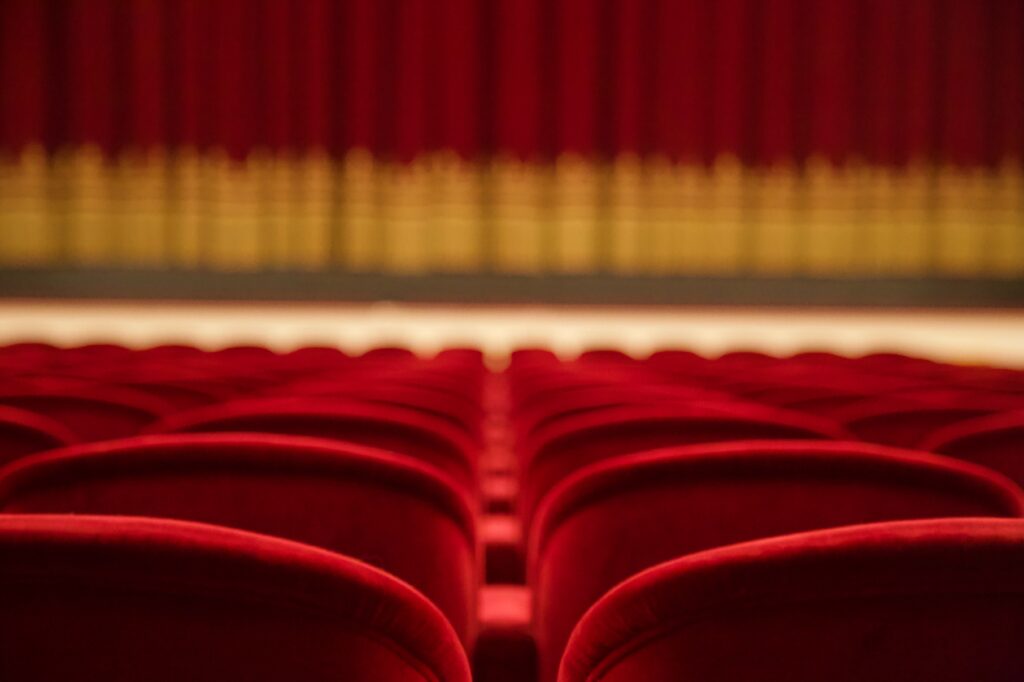 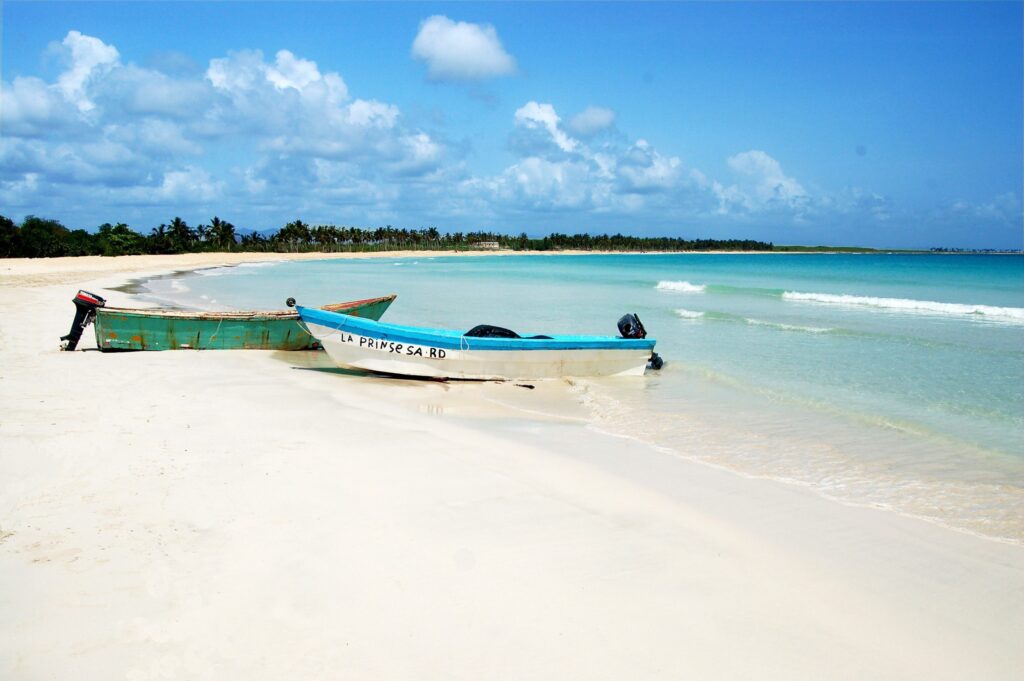 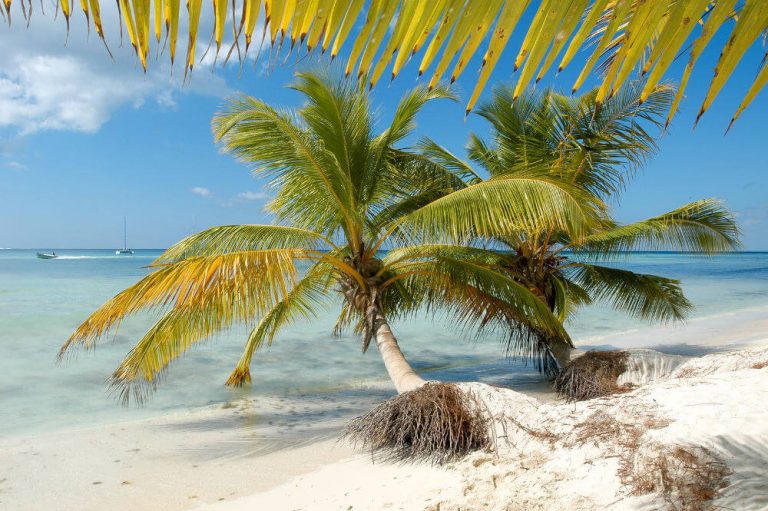 The smallest of the islands off the shore of Bayahíbe, Catalinita sits in the Catuano Channel, popular for its crystal clear waters year round, and its abundance of marine life and coral reefs. Eagle rays, sharks, and sea turtles are just a handful of critters found in its shallow waters. Also part of Parque Nacional […] 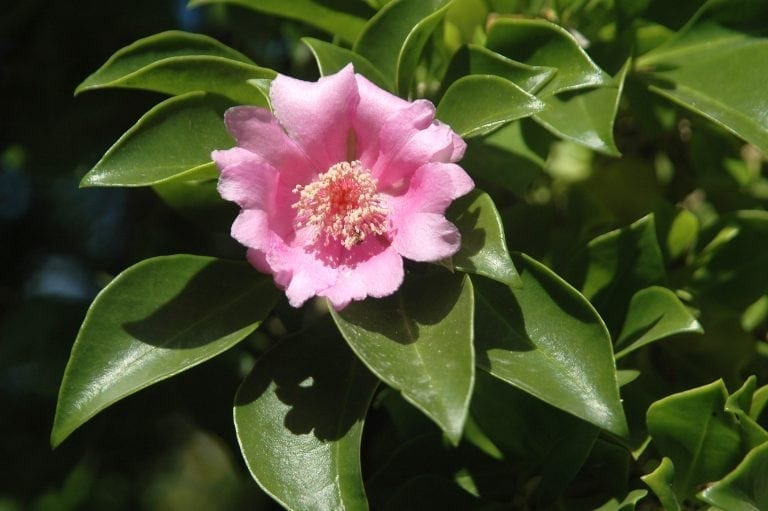 The Bayahíbe Rose (Pereskia quisqueyana) is the DR’s national flower. It’s also a rare cactus, endemic to the Dominican Republic. The Bayahíbe Rose Garden—in the village in which it originates—is the only place in the world where you can spot this soft-pink, endangered flower in abundance. Set adjacent to the Bayahíbe’s church, Parroquia Divina Pastora, and in […] 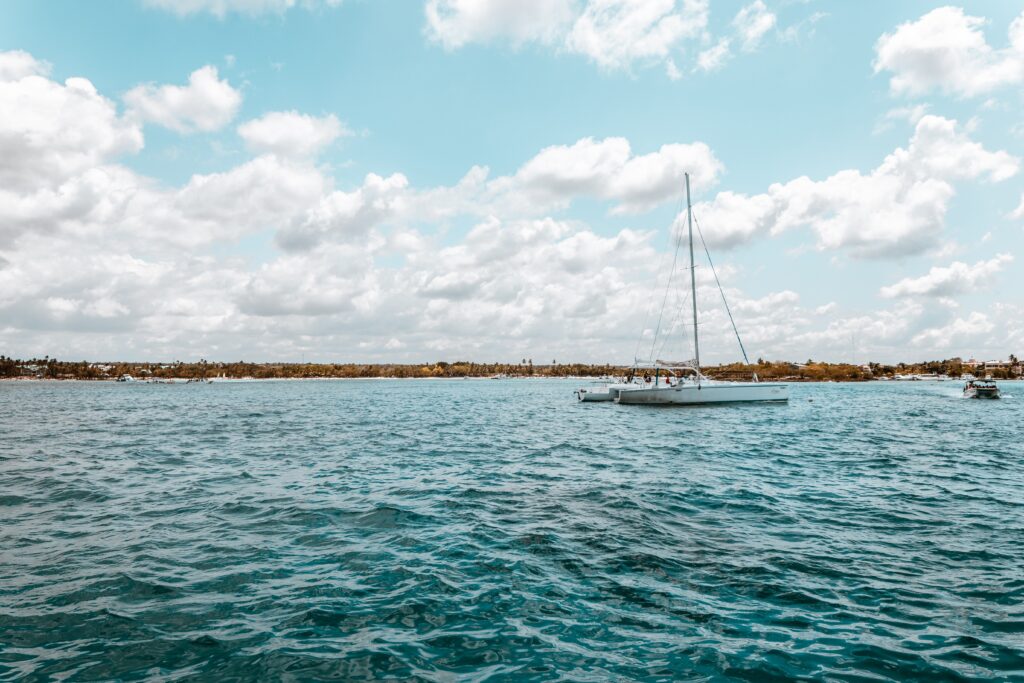 The scenic fishing town of Bayahíbe is an attraction in and of itself, lucky to boast multiple beaches on its coastline, including Dominicus Beach—Blue Flag certified—and several more pristine, diamond-white stretches offshore on Catalina and Saona islands. Bayahíbe retains its Dominican pulse, from its local restaurants and bars to its street side arts and crafts […] 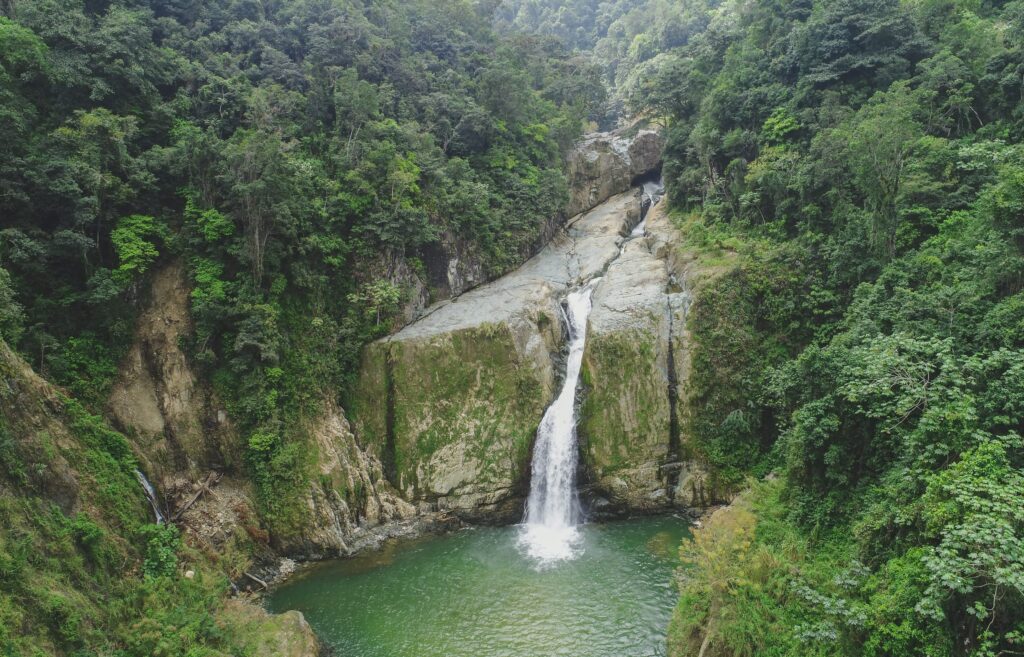 A mere 20-minute drive from Jarabacoa town leads to this protected area and waterfall–also known as Salto de Jimenoa Dos. Set around a hydroelectric dam, walking the three suspended footbridges around this powerful waterfall and its pools can take a couple of hours because you will spend quite some time marveling at the mountain scenery […] 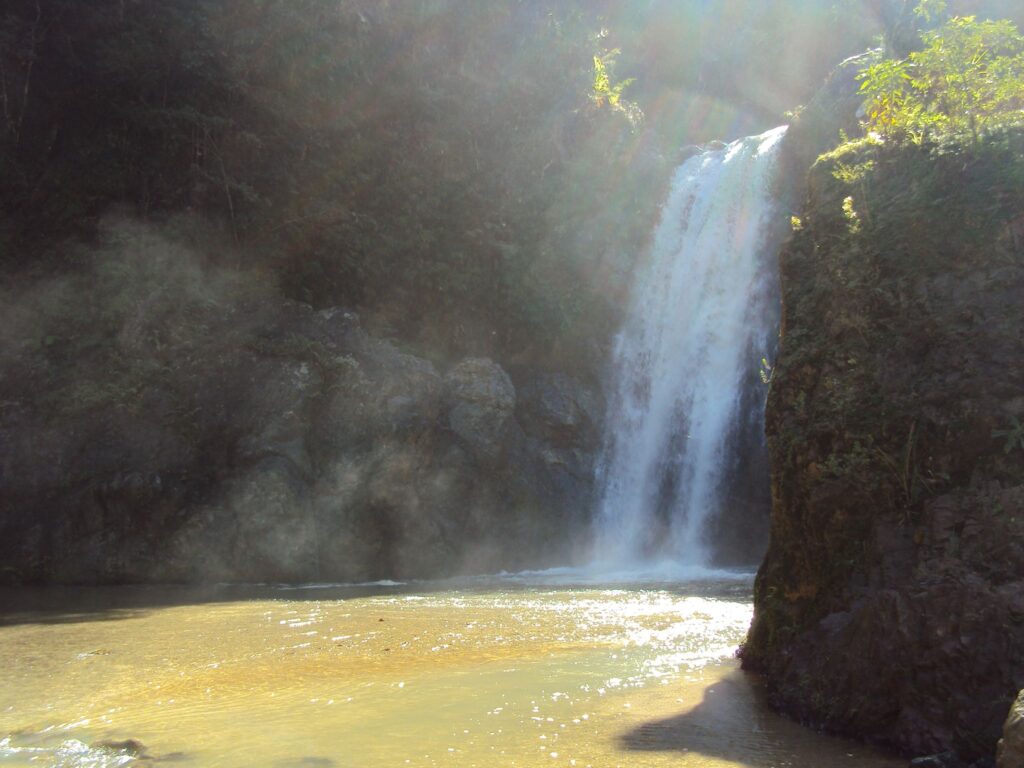 The perfect waterfall and jade pool await at Salto de Baiguate, tucked below a deep canyon yet easily reached via a series of wooden steps that lead directly to the water. Residents and their families flock to this waterfall area for an easy, refreshing swim during the day. The waterfall itself cascades down 25 meters […] 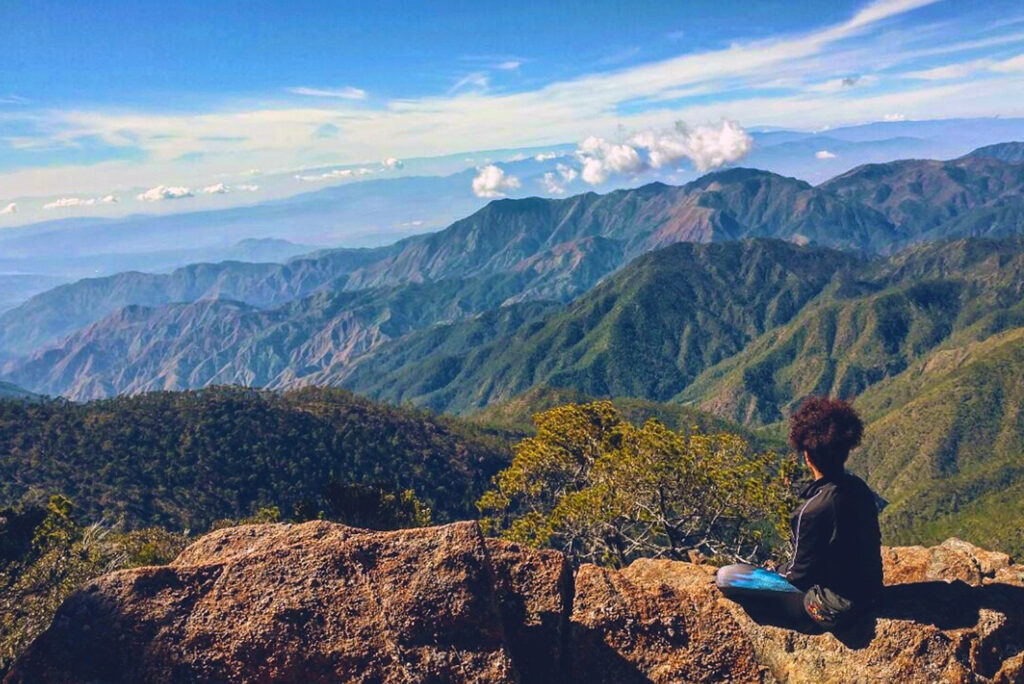 The highest mountain peak in the Caribbean, rising at 3,087 meters (10,125 feet), Pico Duarte is tucked amid the two national parks of Armando Bermúdez and José del Carmen Ramírez, and is reachable in two or three-day excursions depending on the chosen route. The two-day Jarabacoa-Manabao-La Ciénaga-Compartición-Valle de Lilís-Pico Duarte route is the most popular […]