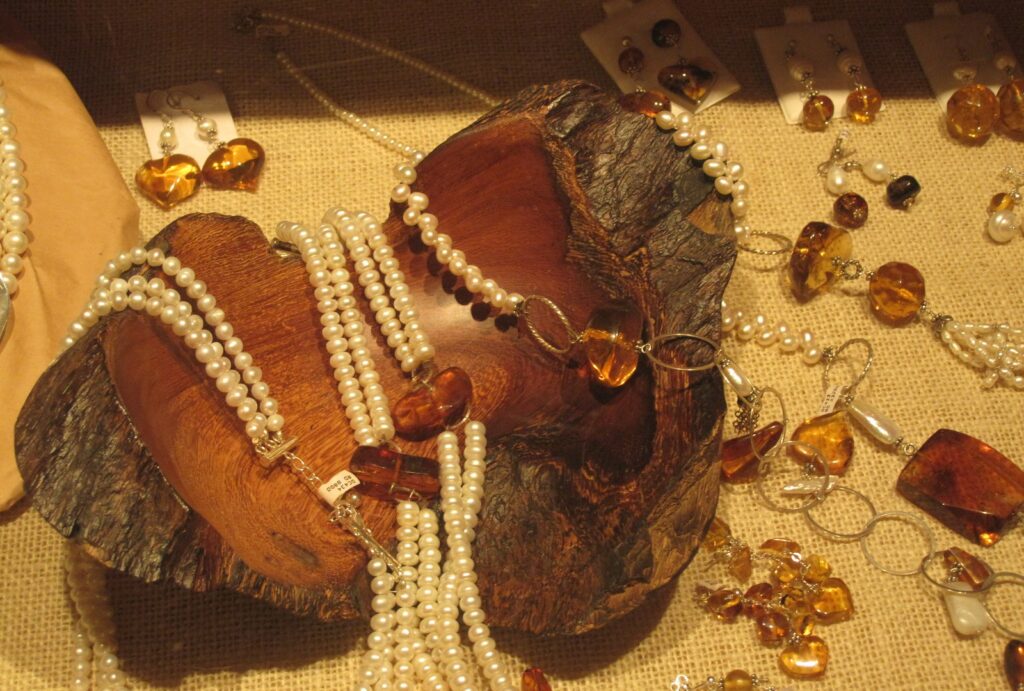 Puerto Plata’s Amber Museum, sitting smack in the heart of the city in a neo-classical style residence, displays some of the DR’s stunning amber stones on several floors, including samples containing animal fossils. Showcased in a room designed like a cave, you’ll view close-ups of stones containing a near 43-centimeter (17-inch) lizard, a scorpion, a […] 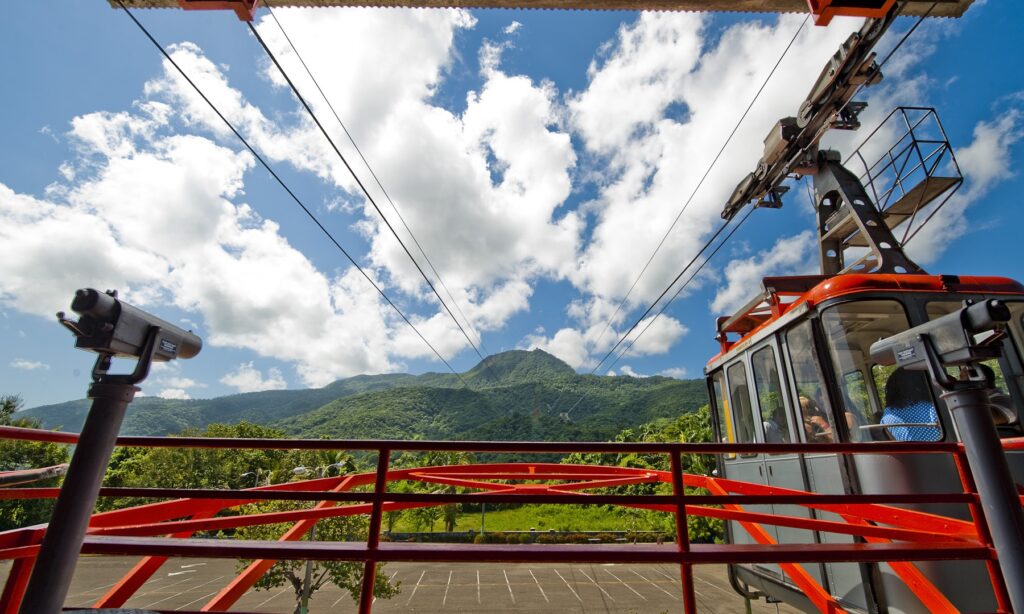 Hike your way up or hop on the only cable car in the Caribbean to reach Mount Isabel de Torres, flanked by a giant statue of Christ the Redeemer–one of the province’s iconic landmarks. You’ll be standing 793 meters (2,600 feet) above Puerto Plata’s verdant hills, surrounded with phenomenal views of Puerto Plata’s Atlantic Ocean […] 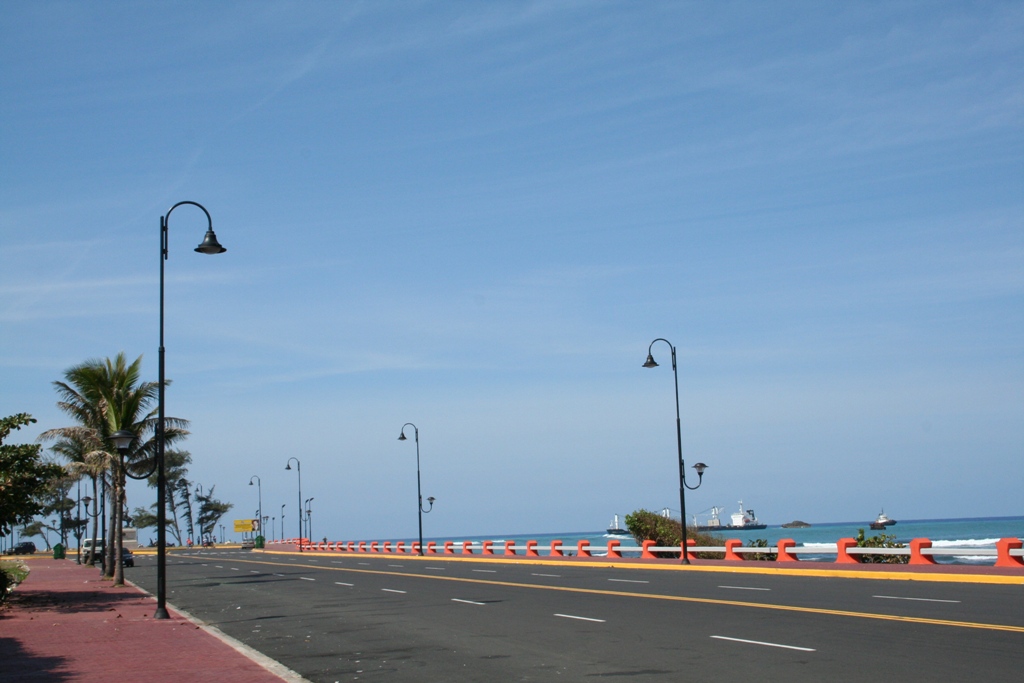 Puerto Plata’s residents proudly state that theirs is the most beautiful seafront boulevard in the Dominican Republic. You’ll realize why when you see the multiple white sand beaches that line the city’s main avenue, each bearing a name. Aside from days at the beach right within the city, the boulevard’s long, shaded sidewalk is ideal […] 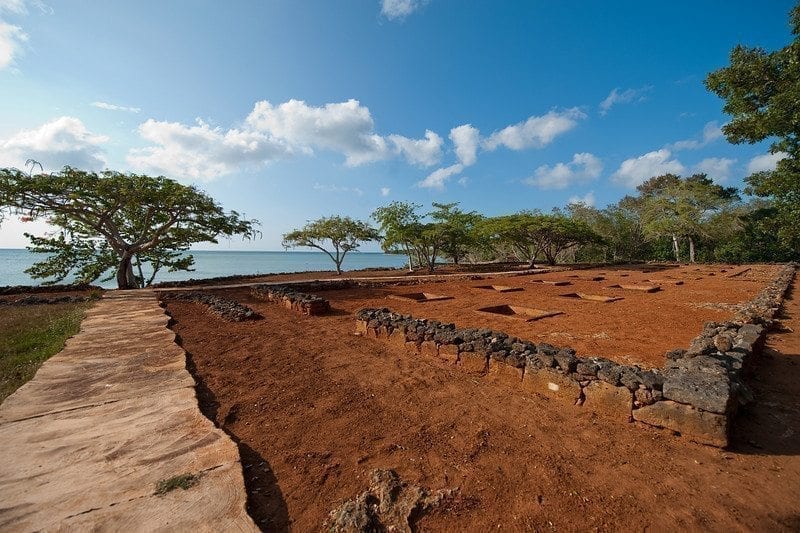 Christopher Columbus built the first European settlement in the New World here on his second voyage in 1493, near the mouth of the Bajabonico River and facing the bay of La Isabela, populating it with his entourage of approximately 1,500 Spaniards. Named after the then-Queen of Spain, the archeological ruins of the settlement, now a […] 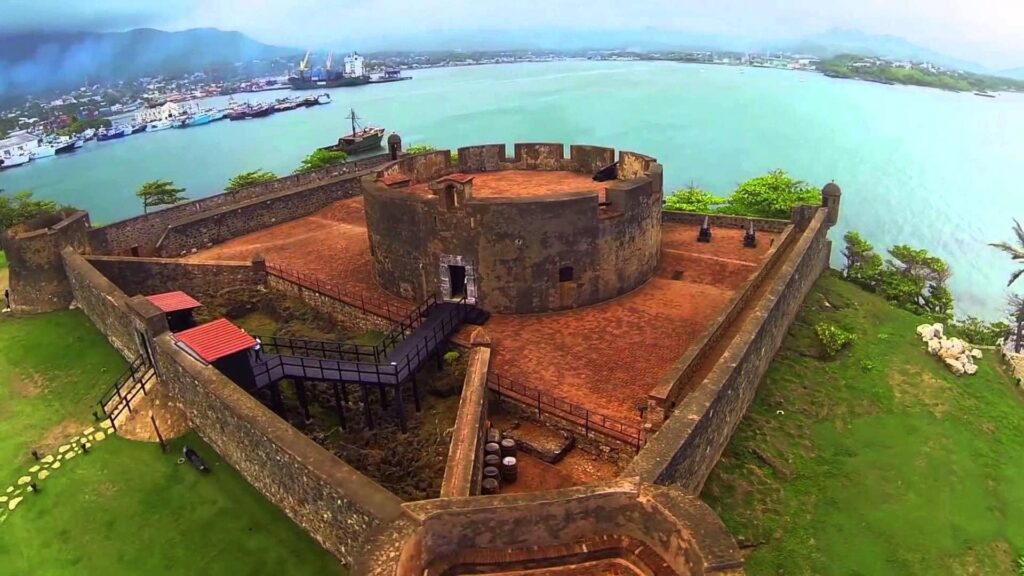 A key piece of Puerto Plata’s history, Fortaleza San Felipe was built by the Spaniards in the 16th century to defend the north coast of the Dominican Republic from the British and Dutch, and from French pirates in search of the area’s abundant gold and silver. Considered one of the most important colonial military structures in […] 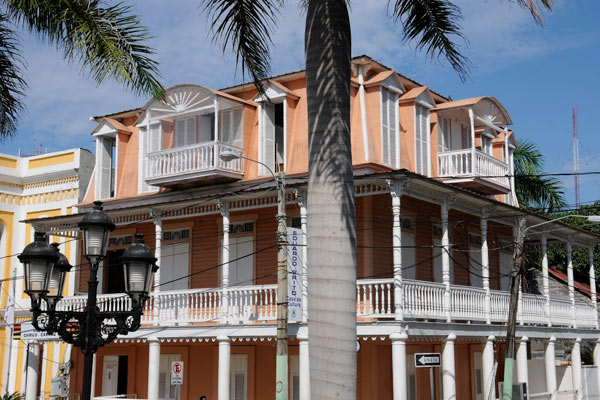 Located across the city’s historical central park, Casa de La Cultura is one of the oldest intellectual hubs and cultural institutions in Puerto Plata, rebuilt at the turn of the 20th century and now hosting key art and cultural events, from exhibits to lectures. Take a tour of the three-story, Victorian-style wooden building, with a […] 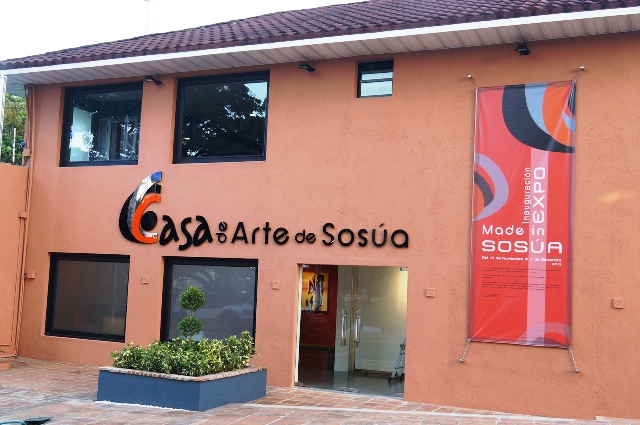 Inaugurated in 2013, Casa de Arte is the north coast’s most recent cultural center, doubling as a museum and an educational arts and crafts hub. Located in the heart of Sosúa’s beach town, rotating art and sculpture exhibits, lectures, and other events are hosted here every month. Casa de Arte also subsidizes a fantastic art […] 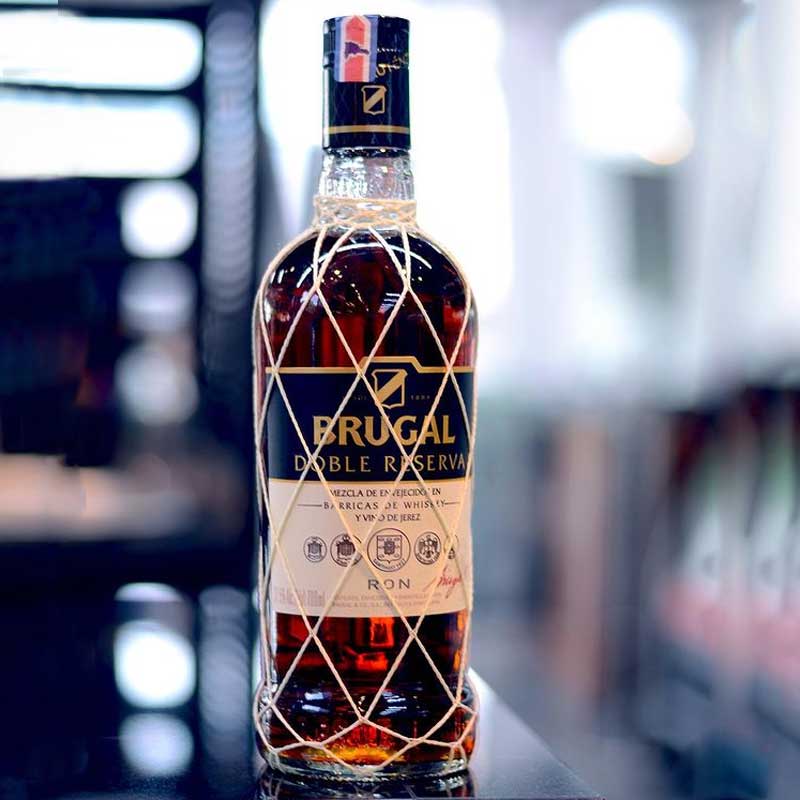 The largest producer of traditionally made rum in the DR since 1888, Brugal is aged in around 200,000 American white oak barrels on-site at the distillery in Puerto Plata city. Tours of the distillery are available to learn about the making of this popular brand, and end with rum tasting, as well as the chance […] 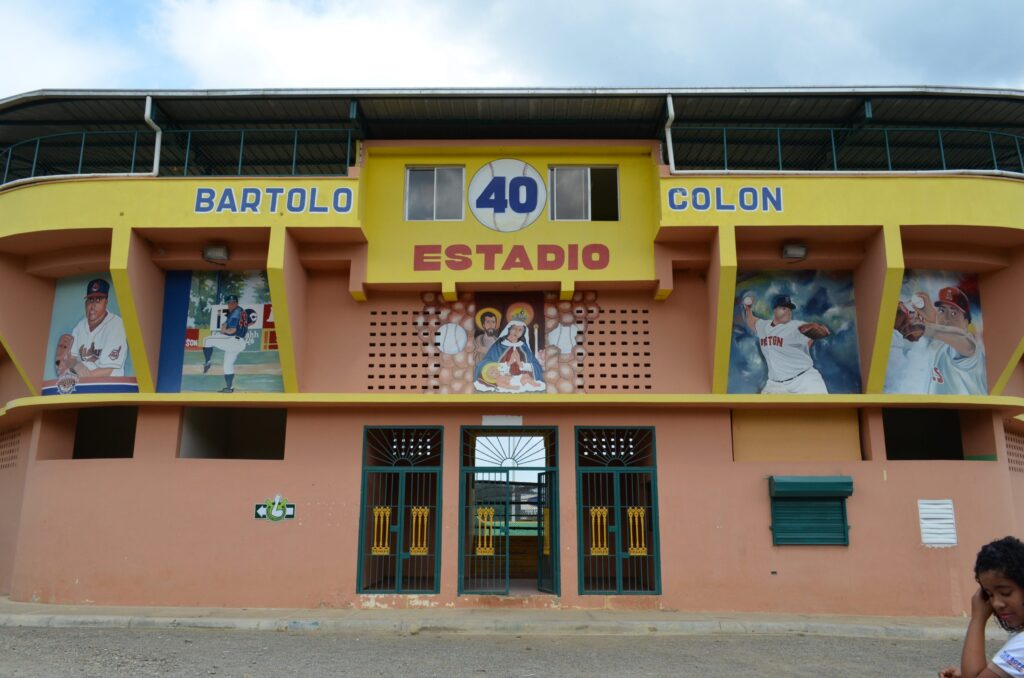 Located in the small town of Altamira, birthplace of Major League player Bartolo Colón, the professional player built this stadium and academy to facilitate training for the children of his community. An on-site museum showcases an excellent overview of Dominican baseball, its history, and cultural importance. You’ll also spot some of Colón’s belongings, including his […] 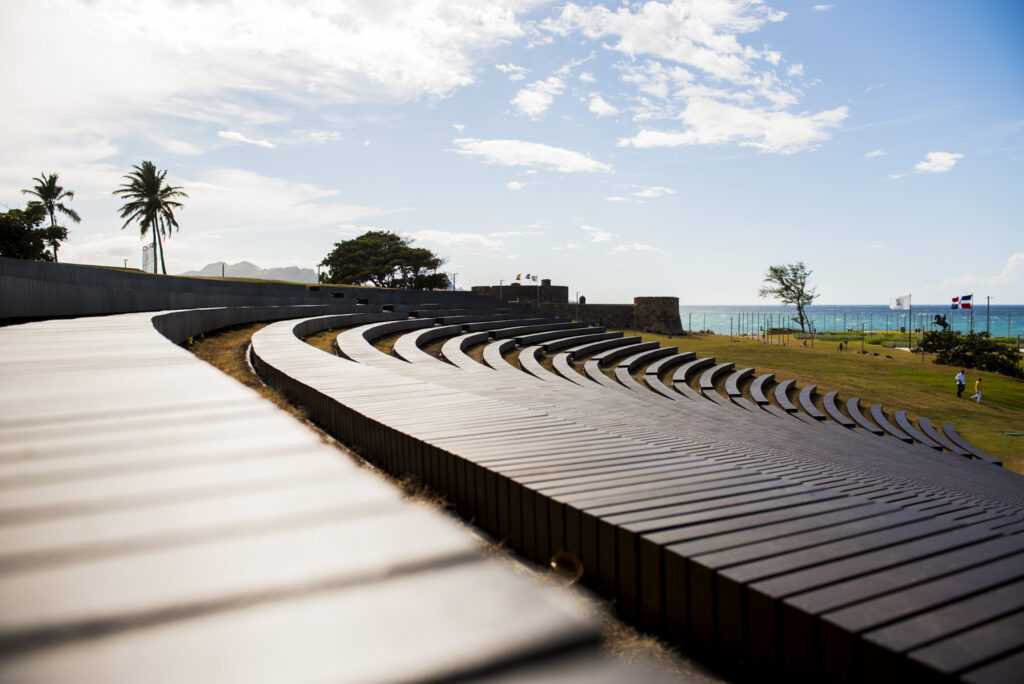 Inaugurated in April 2017, Puerto Plata’s newest outdoor venue, La Puntilla, is a stunning 2,062 square meter (22,200 square foot) outdoor Grecian amphitheater facing the Atlantic Ocean, with a capacity of over 4,000 spectators. Flanked by the San Felipe Fort on one side, and a verdant La Puntilla park, concerts, dance performances, and other artistic […]